Addameer Affirms its Commitment to Protect and Defend Palestinian Prisoners 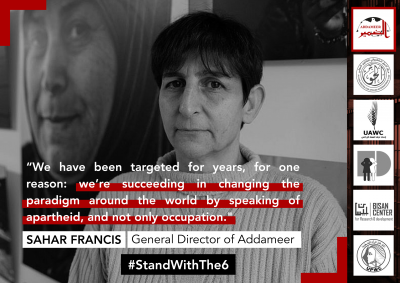 Addameer Affirms its Commitment to Protect and Defend Palestinian Prisoners.pdf

Addameer categorically rejects  all attempts at criminalizing and halting our necessary human rights work and defense of Palestinian prisoners through the baseless designation of six Palestinian organizations as “terrorist organizations.”

For over three decades, Addameer lawyers and researchers have worked relentlessly to document and produce reports detailing gross systematic practices of arbitrary detention, torture, and the absence of fair trial standards.[1] The majority of our work takes place under the auspices of the Israeli military judicial system, a system built to entrench the Israeli occupation, apartheid, and colonial regime on Palestinian land. Addameer’s advocacy and accountability efforts on the national and international fora, via UN forums and human rights mechanisms, and in close work with international human rights organizations and civil society, have been instrumental in the current paradigm shift towards discussions of a total Israeli apartheid regime.

In retaliation, we have faced decades of an ongoing systematic harassment campaign by Israeli occupation authorities targeting Addameer through arbitrary arrests of staff, military raids on its offices in Ramallah, gag orders on prisoners’ cases, travel bans, residency revocation, and disinformation campaigns. These disinformation campaigns, spearheaded by Israeli occupation authorities and allied non-state actors, have greatly escalated in recent years, often in immediate and explicit response to Addameer’s coordination with UN institutions and the International Criminal Court. One such campaign was cited in the 2021 report of the UN Secretary-General to the Human Rights Council on cases of intimidation and reprisals against those seeking to cooperate or have cooperated with UN representatives. Currently, Addameer represents the cases of the forcible deportation of three Palestinian child prisoners before the ICC.

The latest attempt by the Israeli occupation and apartheid regime to criminalize and outlaw Addameer in its entirety, through a baseless designation as a “terrorist organization,” reflects a drastic continuation of its ongoing and systematic harassment campaign to suppress Palestinian HRDs and civil society. The blanket legal criminalization of Addameer and five other Palestinian civil society organizations, a move widely denounced by international human rights organizations and UN bodies as a “frontal attack on the Palestinian human rights movement,” constitutes political persecution lacking any legal basis. The withholding of alleged  “secret information” mirrors the Israeli occupation’s systematic and constant practices and use of administrative detention, which place Palestinians under indefinite detention based on secret material that cannot be disclosed to the detainees or their lawyers.

Most importantly, such an unabashed and escalatory move can only take place in light of the continued impunity granted to the Israeli occupation and apartheid regime by States and Third parties. Ergo, the current response of the international community will prove to be the most imminent test of its resolve to protect Palestinian human rights, and those advocating for them. Addameer calls upon State parties, civil society organizations, human rights defenders, and the broader public to publicly stand in support of our organizations and to condemn the arbitrary criminalization of legitimate human rights work and all other intimidation tactics.

[1] See, among others: “I’ve been there: A study of torture and inhumane treatment in Al-Mascobiyeh interrogation center” (25 October 2018); “Torture and Ill-Treatment Beyond Interrogation: Violent Raids against Palestinian Prisoners in Israeli Occupation Prisons” (30 July 2021); Addameer’s Annual Violations Report 2019. 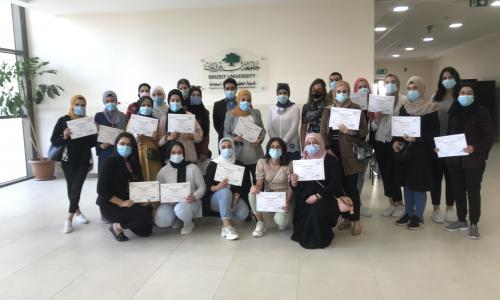 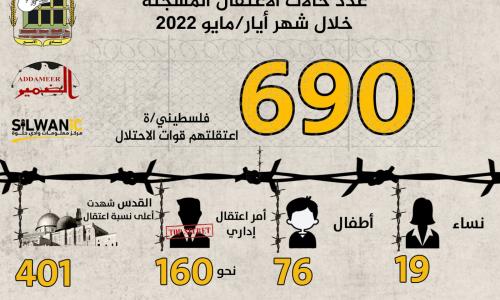