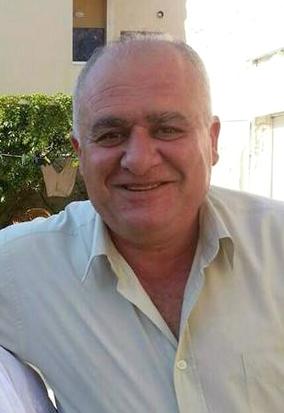 The Israeli Occupation Forces stormed Jamal Barham’s home at dawn on 2 November 2020, where they arrested him and transferred him to Magiddo prison for quarantine. An administrative detention order was issued against him on 9 November 2020 for six months ending on 1 May 2021.

In the confirmation hearing held on 15 November 2020, the military prosecutor claimed the detainee was a major activist in the banned Popular Front for the Liberation of Palestine, an organization deemed unlawful under Israeli military orders, and accordingly demanded his arrest for the entire period. The military judge claimed that after examining confidential materials, he found that the information was valuable and provided a reasonable basis for Jamal’s administrative detention. The judge stated that he was convinced the information indicated a future risk by the detainee that would affect the security of the region and the public, and, thus, the period of administrative order is appropriate, confirming the order over the entire period.

After completing quarantine, Jamal was transferred to Negev prison, where he is currently held.

A large number of IOF raided Mr. Jamal Barham’s house in Ramin village near Toulkarem at around 1:30am on 3/6/2015. The soldiers surrounded the entire neighborhood and a number of them spread on the roofs. After raiding the house they forced Barham’s family to gather in one room with intensive security. The rest of the soldiers along with the officer searched the house. After ransacking the house and searching everything inside it (dressers, drawers, personal items and papers) they broke the computer and confiscated the memory card and five flash memories that belong to Jamal’s children. They also interrogated Jamal and his sons, Majd and Jamil, for approximately ten minutes then blindfolded and shackled Jamal. They arrested him without allowing him to change his clothes.

The detainee was taken to a military base near his place of residence and was detained there until 8:00 am. He was later taken to Taybeh checkpoint then transferred to Megiddo prison. On the next day, Barham was subjected to police interrogation in Salem detention center. The interrogation was quick where five affidavits taken by the intelligence forces were presented to Barham. The affidavits stated that he is active in PFLP. Barham denied all of the accusations and refused to sign any papers. On the third day of his detention, he received a six month administrative detention order starting from 11/6/2015 and ending on 2/12/2015.

Barham was arrested for the first time on 11/12/1984 based on his activities protesting the occupation and he was released on 3/8/1987. Barham and his family suffered from continuous house raids. In addition, Braham was wanted throughout the 1990’s until the beginning of the second Intifada.

All of the presented accusations stress Barham’s political activity and the military prosecution does not have any evidence to confirm that Barham has committed any action that suggests that he constitutes a threat to the security of the occupation, as required by the Fourth Geneva Convention for administrative detention.

Accordingly, Barham’s dentention is considered a violation of his right of expression and political activity. His detention is arbitrary and a grave violation of the Fourth Geneva Convention. The decision to hold him under administrative detention confirms the occupation authorities’ arbitrary use of the administrative detention policy when sufficient information is not available to put any Palestinian on trial, which contradicts the obligations of an occupying power under International Humanitarian Law, specifically Article 78 of the Fourth Geneva Convention (1949).

In a strategic move to end the policy of administrative detention, Barham and 50 other administrative detainees started boycotting the occupation’s military courts in the beginning of July 2015 in order to emphasize the lack of impartiality of these courts and their utilization as a mere formality,  to their continued detention based on secret information that neither the detainee nor his lawyer can review, and additionally to the fact that military courts are a tool to legitimize the occupation and arbitrary detention.

The family of Mr. Jamal Barham consists of his wife, Mrs. Amira, who works as a coordinator in the Union of Palestinian Women's Committees, an organization that advocates and addresses women’s rights issues. Mr. Barham has three sons: Ghassan (25 years old, a student in the Faculty of Medicine at Cairo University in Egypt), Majd (23 years old, graduate from An-Najah National University with a BA in civil engineering) and Jamil (19 years old, an accounting student at Al-Khadoury college in Toulkarem).

Barham’s family members are waiting to visit him in prison. Since the day of the arrest, the family applied a number of times for a permit to enter the occupied 1948 territories through the Red Cross in order to visit Mr. Jamal in prison (the occupation authorities require the families of Palestinian prisoners and detainees to obtain permits that are issued by the intelligence forces -and applied through the Red Cross- in order to allow them to visit the prisons). However, Braham family has not yet received an answer as to whether their permit applications have been approved or denied.

Barham’s family live in continuous concern and fear over the health of their father, Jamal, because he suffers from high cholesterol and Triglyceride levels, in addition to high blood pressure, a disc in the neck and stomach issues.