ARREST AND DETENTION OF PALESTINIAN STUDENTS AND ACADEMICS

Both International Humanitarian Law (IHL) and International Human Rights Law (IHRL) provide for the right of detainees to education. In particular, the right to education for all has been recognized in Article 26 of the Universal Declaration of Human Rights. The International Covenant on Economic, Social and Cultural Rights, ratified by Israel in 1991, emphasizes that “education shall be directed to the full development of the human personality and the sense of its dignity, and shall strengthen the respect for human rights and fundamental freedoms”. Article 94 of the Fourth Geneva Convention encourages the “Detaining Power” to “take all practicable measure to ensure the exercise” of “intellectual, educational and recreational pursuits”. It further stipulates that “all possible facilities shall be granted to internees to continue their studies or to take up new subjects. The education of children and young people shall be ensured; they shall be allowed to attend schools either within the place of internment or outside”.

The Arrest and Detention of Palestinian Students

Over the years, the Israeli occupying forces have arrested thousands of Palestinian university students in an attempt to criminalize social and political activism on campuses across the occupied territory. Most students are arrested and convicted on charges related to “membership in” and “provision of services to an unlawful association” as defined by the 1945 (Defense) Emergency Regulations and the 1948 Prevention of Terrorism Ordinance, which were both incorporated into Israel’s domestic laws. Accordingly, all major Palestinian political parties, and a number of non-governmental and charitable organizations have been outlawed by the Israeli authorities.

Importantly, Palestinian student unions have not escaped Israel’s efforts to criminalize every aspect of Palestinian civil, political and cultural life and many have also been declared illegal. In the event that a student union is not explicitly declared unlawful by a decision of the Israeli military commander or a government official exercising his or her authority under Regulation 84 of the 1945 Emergency Regulations, a Palestinian student union member may be arrested on the grounds of membership in an organization having broadly defined “ties” with an unlawful organization. The nature of those ties is never of interest to the prosecution and hardly ever examined by the military judge. In consequence, attending a rally of an “unlawful association” or an association “with ties” to an “unlawful association”, putting up posters of such an association, writing, producing, printing and distributing publications related to the declared “unlawful association” are all activities that are considered to “endanger the security of the state of Israel”, and are prosecuted as crimes under the banner of “hostile and terrorist activities”. In some cases, students were indicted with charges as unreasonable and far-fetched as “dancing Dabke”, a traditional Palestinian folkloric dance, at an event organized by a student union “with ties to an unlawful organization”, or attending a film screening at an “illegal rally”.

On average, “membership in” and “provision of services to” an “unlawful organization”, are offenses punishable by one to two years in prison, irrespective of the fact that such activities are limited to student life only.

For example, the Shabiba Youth Bloc, a student union commonly associated with Fatah, a party that is a member of the Palestine Liberation Organization (PLO) and was effectively governing the Palestinian Authority from 1994 until the legislative elections in 2006, was outlawed through an Israeli military order on 13 March 1988. The Israeli authorities continue to consider Shabiba Youth Bloc as an “unlawful association” until today. The Islamic Bloc, a student union loosely associated with the Hamas party was declared unlawful on 19 May 1998.

One of the practical consequences of the Israeli arrest and detention policies used against Palestinian university students, including their subsequent transfer to Israeli jails outside of the occupied territory, is that they are denied the right to continue their education. Most university students are obliged to suspend their university education for the length of their sentence, as the Israeli Prison Service (IPS) refuses to allow Palestinian political prisoners to study at Palestinian institutions by correspondence.

In 2014, the occupation forces arrested Palestinian academics teaching in Palestinian universities. These arrests complete a series of arrests that targeted, a number of lawyers, journalists, and university students during the year. These arrests targeted Mr. Ghassan Nayef Talab Thouqan from Nablus, who specializes is in children psychology, and who teaches at Al-Najah National University in Nablus, and Dr. Fouad Rashid Fouad Al-Zaru from Hebron, who holds a PhD in power supply systems from King Fahed University in Saudi Arabia, and who works as a lecturer in Polytechnic University in Hebron. These arrests are part of the wider policy of systematic destruction of the educational, political, cultural, and economic life of the Palestinian people on a daily basis. This policy of the occupation state and occupation forces seek to perpetuate control over the Palestinian people and hinder their practice of their right to self-determination.

The arrest of academics is undertaken through military orders imposed by the occupation forces over the occupied Palestinian territory, in contravention of the provisions of the Fourth Geneva Convention, which is applicable to the occupied Palestinian territory. The majority of the arrests of academics are an implementation of administrative detention orders issued by the military commander, without a charge or trial, and based on a secret file that neither the detainee nor lawyer can access.

The detainees are placed before military courts, whose composition contravenes article 66 of the Fourth Geneva Convention, which stipulates the need for “properly constituted, non-political military courts, on condition that the said courts sit in the occupied country.” It also contradicts article 71 of the Fourth Geneva Convention, which stipulates “No sentence shall be pronounced by the competent courts of the Occupying Power except after a regular trial. Accused persons who are prosecuted by the Occupying Power shall be promptly informed, in writing, in a language which they understand, of the particulars of the charges preferred against them, and shall be brought to trial as rapidly as possible.”

The arrest of the occupation forces of Palestinian academics violates article 13 of the International Covenant on Economic, Social, and Cultural Rights, which stipulates that high contracting parties to respect individual’s rights to education, and article 15(1)(A), which emphasizes the right of every person to participate in cultural life. These practices also violate article 26(1) of the Universal Declaration of Human Rights, which guarantees and emphasized the right of every human being to education. 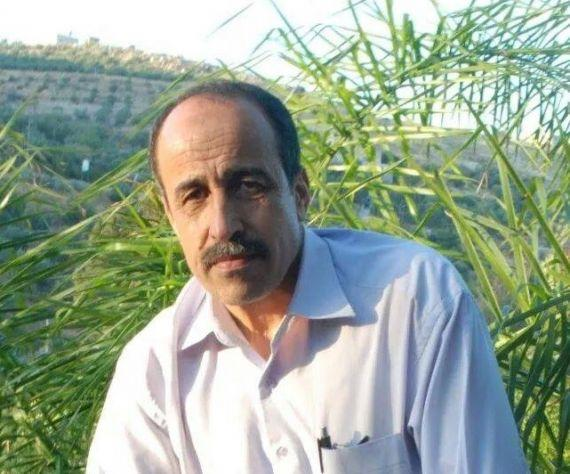 The occupation forces stormed into the house of Mr. Ghassan Thouqan (57 years) on 6 July 2014 at 2:00 am. During the inspection of the house, the soldiers destroyed the contents of the house and detained the members of the family at gunpoint in one room.  The arrest of Mr. Ghassan Thouqan is part of the military campaign launched by the occupation forces in the beginning of June 2014, the collective punishment procedures imposed, and the arrest campaign that reached hundreds of Palestinian civilians. The campaign included a number of political activists,  advocates of prisoners’ and detainees’ rights, lawyers, human rights defenders, and 70 ex-detainees liberated during the Wafa Al-Ahrar Exchange of 2011.

The review sessions of the administrative detention order indicate, and as proclaimed by the military prosecution, that the arrest came against suspicions of funding and organizational activities for the benefit of Hamas, without specifying the purpose and timeframe. Also, the suspect was not interrogated on these matters, and there is not a single piece of evidence that the detainee undertook these activities. He was, also, not allowed to defend himself to deny the suspicions. In the last confirmation session, held on 8 April 2015, the military prosecution stated that “there is no new materials against the detainee, but the detainee is a significant aspect of Hamas movement.” As such, the prosecution requested the verification of the order over the full period.

Palestinian political prisoners may only study in the correspondence program at the Open University of Israel. (1) It is explicitly made a privilege, dependent on three conditions. First, the official responsible for the relevant prison section must provide a written opinion stating that the prisoner’s behavior is appropriate. Second, the proposed course of study must fall within the approved fields, which include humanities, sociology, business and management, psychology, or political science. The proposed course of study cannot include any of the following disapproved fields: life science, natural science, computer science, physics, chemistry, any course that requires non-paper materials, and any field of study that includes materials that raise a high likelihood of harming prison security or national security. Third, the prisoner must prove that he has enough money in his prison account to pay the tuition fees associated with his course of study.

Importantly, higher education for Palestinian prisoners in Israeli detention is made conditional on security considerations. Accordingly, the prison commander may disqualify a prisoner from studies at any time for security, discipline or other reasons. The Open University is not required to give a refund.

After admission, only paper books are permitted, and the contents of each must be checked for security and noted in the prisoner’s file for surveillance purposes before the prisoners are permitted to receive the book. If improper materials are found, the prisoner’s education privilege may be revoked. All correspondence must be in writing, with a copy forwarded to the branch commander for surveillance. The Open University is directed to appoint two to three advisors or examiners for every course, who generally may visit the prison except when security conditions prevent it.

The complicated application procedures, the restrictions on the language of tuition to Hebrew only, the high university fees (the cost of an academic year at the Open University is roughly 5 times more expensive than the cost of an academic year at the Palestinian Al-Quds Open University), and the high cost of university text books act as disincentives that discourage Palestinian prisoners from continuing their university education while in prison. Many prisoners, especially those who are convicted to shorter sentences (less than five years) prefer to wait until their release to resume their interrupted studies. In practice however, only a few go back to university.

As of January 2016, there were 450 Palestinian child prisoners in Israeli prisons. Around 700 children are arrested annually by the Israeli military and police. The arrest of Palestinian children leads to the disruption of their education and, in consequence, to substantial reintegration problems, with many children dropping out of school upon release. Very limited provisions are made for the education of Palestinian child detainees.

In 1997, a number of Palestinian children initiated legal action against the Israeli Prison Service and succeeded in obtaining a decision from the Central Court in Tel Aviv, whereby Palestinian child detainees were allowed to enjoy their right to education on an equal footing with Israeli children. However, the Court determined that any education should be provided subject to security requirements. On the basis of this clause, subjects such as religion, geography, history and civics have been banned. Accordingly, the IPS has since then been providing a limited number of taught classes to children under 16 years of age, allowing them to study mathematics and humanities only.

Amongst other things, Palestinian child detainees face the following difficulties if they wish to pursue their education: