UN Experts Urge Israel to Ensure Accountability for Torture and Other Cruel, Inhuman or Degrading Treatment or Punishment 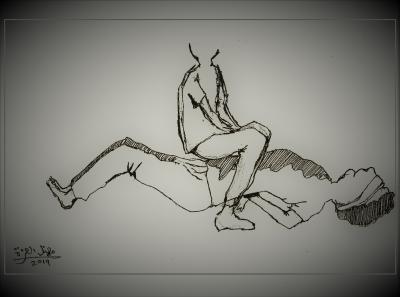 The statement followed Addameer Prisoner Support and Human Rights Association’s urgent appeal to the United Nations Special Procedures on 27 January 2021 to uphold Palestinian prisoner Samer Arbeed’s Freedom from torture and to guarantee accountability and effective remedies as a victim of torture. The urgent appeal came after the Israeli Attorney General Avichai Mandelblit closed the investigations against the Shabak (Israeli Security Agency) for the circumstances leading to prisoner Samer Arbeed's hospitalization and the use of extreme torture techniques during Samer’s interrogation that almost led to his death.

UN experts emphasized Israel’s failure to hold the perpetrators responsible for the crime of torture and ill-treatment against Samer Arbeed and further called Israel to end its use of the “necessity defense” exception to practice “enhanced interrogation techniques” against persons suspected of possessing information on possible military operations.

In the absence of international accountability, Israel systematically subjects Palestinian detainees to numerous forms of torture and cruel, inhuman, and degrading treatment in attempts to coerce confessions and extract self-incrimination. The UN experts’ statement is vital and should be followed by affirmative action calling for the establishment of a special commission to investigate the widespread and systematic use of torture against Palestinian detainees. Accountability does not only fall on those who carry out the act directly but also on those who "fail to take all necessary and reasonable measures within his or her power to prevent or repress their commission or to submit the matter to the competent authorities for investigation and prosecution."[1] The lack of effective accountability mechanisms towards unaddressed violations and grievances of torture victims aggravates crimes and violations. Not only does it fail to redress the committed crime against the victimized, but it leaves them again unprotected and subject to torture.

Read the full statement on the United Nations Human Rights Office of the High Commissioner website here or see below.

Israel must end impunity for torture and ill-treatment – UN experts

The call comes after the Attorney-General last month ended investigations into the Israeli Security Agency’s “enhanced interrogation techniques” used against Palestinian Samer Al-Arbeed, who was detained in 2019 on suspicion of involvement in a bomb explosion.

“We are alarmed at Israel’s failure to prosecute, punish and redress the torture and ill-treatment perpetrated against Mr Al-Arbeed. Addressing such abuse is not at the discretion of the Government or the judiciary, but constitutes an absolute obligation under international law,” the experts said.

Al-Arbeed was in good health when he was arrested on 25 September 2019 after an alleged attack in the occupied West Bank in August, during which a 17-year-old Israeli girl was killed and her father and brother got injured. Within 48 hours, Al-Arbeed was hospitalized with life-threatening injuries due to ill-treatment and now suffers irreparable physical and psychological conditions.

“We are alarmed that the use of so-called ‘enhanced interrogation techniques or ‘exceptional measures’ during questioning reportedly led to a forced confession, which the universal prohibition of torture and ill-treatment aims to prevent,” the experts said.

“Allowing individual agents, the ‘necessity defense’ against criminal prosecution is a grave loophole within the Israeli judicial system which effectively excuses the coercive interrogation of persons suspected of possessing information on military operations. This misguided defense provides de facto impunity for investigative measures amounting to torture or other cruel, inhuman or degrading treatment or punishment,” they said.

Israeli authorities should “urgently and comprehensively review, suspend and/or repeal the necessity defense applied in criminal investigations, and any laws, regulations, policies, and practices authorizing, justifying, acquiescing in or otherwise leading to impunity for such grave violations of human rights”

They said States were legally responsible for torture or ill-treatment perpetrated by their agents and were duty-bound to prevent and punish such acts. Victims must receive full redress and rehabilitation.

The experts will continue to engage with the authorities and closely monitor the situation.

The Special Rapporteurs, Independent Experts, and Working Groups are part of what is known as the Special Procedures of the Human Rights Council. Special Procedures, the largest body of independent experts in the UN Human Rights system, is the general name of the Council’s independent fact-finding and monitoring mechanisms that address either specific country situations or thematic issues in all parts of the world. Special Procedures experts work on a voluntary basis; they are not UN staff and do not receive a salary for their work. They are independent of any government or organization and serve in their individual capacity. 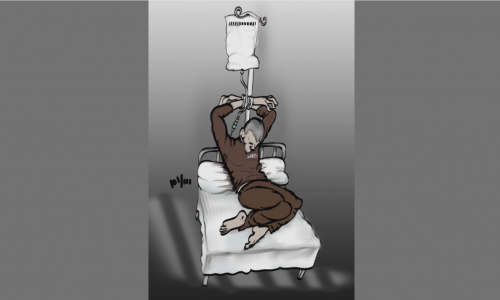