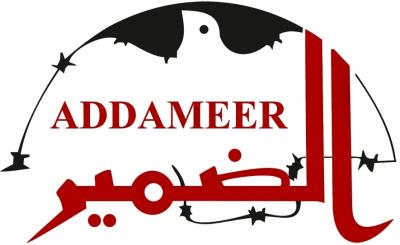 Since the State of Palestine acceded to the Optional Protocol to the Convention against Torture (OPCAT) in 2017, Palestinian human rights groups and civil society organizations have followed up on the establishment of the National Preventive Mechanism against Torture (NPM). Over four years, these actors have engaged in dialogue with the official government taskforce on the implementation of the State of Palestine’s obligations under the OPCAT, namely, to establish a NPM. Many papers and proposals were submitted. These have culminated in a draft NPM law on the establishment of a NPM in consistence with the OPCAT and Guidelines on NPMs. The draft law ensures that the NPM will be impartial, independent of the Executive branch of government, and autonomous both financially and institutionally. In addition to providing needed financial resources, NPM members will enjoy personal independence.

Although the State of Palestine is considerably late to implement its obligation to establish the NPM, human rights groups and civil society organizations were surprised by the promulgation of the Law by Decree No. 25 of 2022 on the National Commission against Torture. This enactment is in conflict with the key principles agreed to during the dialogue between these actors and the government taskforce mandated to develop a draft NPM law. It is also in contravention to the State of Palestine’s obligations under the OPCAT and Guidelines on NPMs. It maintains the Executive’s approach to taking over and dominating national commissions, rendering them unable to deliver assigned tasks independently and impartially. Under the said law by decree, the NPM will not be capable of passing the test of independence and impartiality, turning the Mechanism into an additional formal body at the expense of the agony and suffering of the victims of torture and ill-treatment.

Human rights groups and civil society organizations consider that many provisions of the law by decree undermine the principles of NPM independence. It views the NPM as a State institution and government agency, to which all laws and regulations on official institutions are applicable. The enactment also deems that the chairperson and staff members of the Commission against Torture as civil servants, who are subject to the Civil Service Law. Procurement and tendering transactions are governed by the Public Procurement Law, treating the Commission as a full government body. Every time, NPM members are appointed by the President based on a recommendation of the Council of Ministers, contradicting the State of Palestine’s obligations under the OPCAT. These require the adoption of the highest standards of transparency and independence. When NPM members are chosen, the same approach applicable to the selection of commissioners of national human rights institutions will be in place. Many irregularities deprive the NPM of independence, impartiality, and objectivity at all levels.

The law by decree was passed just two months ahead of the consideration by the UN Committee against Torture (UNCAT) of the initial report submitted by the State of Palestine under Article 19 of the Convention against Torture (CAT). Human rights groups and civil society organizations consider that this timing attempts to uplift the image of Palestine before the UNCAT five years after it was committed to establishing the NPM. Violating international standards and State of Palestine’s obligations, the law by decree will negatively impact the standing of Palestine before the UNCAT as well as other treaty bodies and international agencies.

Human rights groups and civil society organizations emphasise that the law by decree reflects a continued approach of enacting laws by decree in contradiction with the requirements of the Palestinian Amended Basic Law. They further stress that the NPM can be established by means other than laws by decrees. Of note, the law by decree was issued in contrariety with the outcomes of the dialogue between these actors and government taskforce. This practice has been repeated on more than one occasion, turning dialogue into a formal procedure opted for by the government to embellish its image. It requires that these organizations review their engagement in similar dialogues to save time and resources, ensuring that they are not used to improve the official standing.

Human rights groups and civil society organizations affirm their rejection of, and call for abolishing, the law by decree. The agreed outcomes of dialogue on the NPM establishment will be maintained. They call on human rights organizations, members of the legal community, and social figures not to sit on the NPM under the stated format. The organizations will include in their reports to the UNCAT detailed comments on the law by decree, which violates the State of Palestine’s obligations under the CAT and OPCAT.

24-01-2023
Commemorating the International Day of Education by Highlighting the Reality of the Right to Education for Palestinian Political Prisoners
08-12-2022
Palestinian-French Human Rights Lawyer, Salah Hammouri, is under Imminent Threat of Forcible Deportation from his Hometown Jerusalem to France
18-12-2022
Israeli Authorities Commit War Crime of Forcible Deportation against Palestinian-French Human Rights Lawyer Salah Hammouri 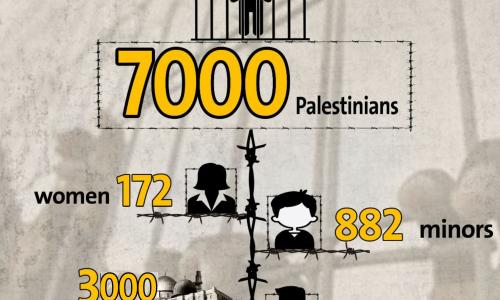